Zaanse Schans (read in indo: zanzeskan, agak rempong ya bacanya. haha), is one of the highlights when you are going to Netherlands. It’s like a village where they still preserve the traditional windmills, even though the big modern windmills are everywhere now to be seen.

After we pleased our eyes with the beautiful tulips in the morning, we boarded the bus and went our way to this cute place. When you entered this so called village, there will be someone who will take a photography of you, and ask you to take a look at it when you finished the trip. At the end of the day, they will sell your pictures at 10 EUR, but it’s up to you whether to take it or not. such a tourist place. haha.

Once you with the pictures, you will see this pretty scenery of Zaanse Schans.

It seems so serene and historical to me, like all the windmills and the colorful houses trying to tell us some stories from the 18th century, the era when windmills were one of the strongest income for the Dutch.

I guess this is how Netherlands supposed to be like back then.. so classic isnt it? it really feels that you have been gone to Netherlands if you see the windmills and the cute houses. haha.. oh. btw, That cute houses is real house. so you cant go in and see how it looks like. you can just see it from afar.. But not to worries, if you are interested to see the windmill, some windmill are open for us to see, but of course with some price to pay.

And, do you know that Netherlands are one of the food suppliers for the western Europe?

so my tour guide said that Netherlands is one of the biggest importer for meats, milks, cheese and other things. He said, we can compare it from the hotel’s breakfast. as we are going down from Netherlands to Paris, Switzerland, and Italy, the best breakfast should be from Netherlands and Swiss (he included Swiss just because they are a rich country. haha).

Well, that’s what he claimed. since i dont really eat breakfast, toasted bread with nutella and milk with cereal will do just fine for me. But it somewhat true.. Of all the 4* hotels that we stayed, The variety of the breakfast is lesser as we go down to Italy. I dont know if it’s just the hotel standard in each countries are different or the rumor is true. haha.

This little windmills village have their own museums and shops as well. one of them is the Catherina Hoeve cheese factory / cheese shop.

so, in this factory, you can learn how to make a cheese! Exciting, right? well, it’s not a hands on program. but u can see the real machine and listen to some stories on how they make the cheese.

i think making a cheese is really difficult things to do, and required a lots of milk.  they said we need about 10 litres of milk to make 1 kg of cheese.. can you imagine how much milk wasted if you failed to make one. haha.. They also said they need to add some bacteria to mold the cheese.. and to mold the curds into cheese, you need to maintain at 29 degree celcius for the curds to mature correctly.

gahh.. actually i dont know how they do it. hahaha.. i just wrote stuffs that i remember. haha.. and the nicest part after that is, cheese tasting! hehe.

After tasting here and there, i brought back the truffle cheese! taste nice and smells niceee.. its like the most savory cheese that ive ever tasted. =)

After the cheese galore, we went to see the clogs Museum, where we can see their a demonstration on how they make their clog shoes back then and now.

I cant imagine how difficult it was to handmade all the clog shoes from just a wooden plank. Compared to today, the technology is already very advanced. They just need 1 shoe sample, and the machine can duplicate the same exact ones.

Hundred years ago, they are using this to protect their feet when they went to mines, factories, and to the field. They said it’s very good in rain (well water absorbent) or shine, and in cold or hot weather. Even in the modern days like now, they are still using the Klompen for everyday shoes, and they still use it for their Dutch national dance. The locals said it is very comfortable for them.

after you watched the the demonstration, you can proceed to the souvenirs shop to bring back some memories. 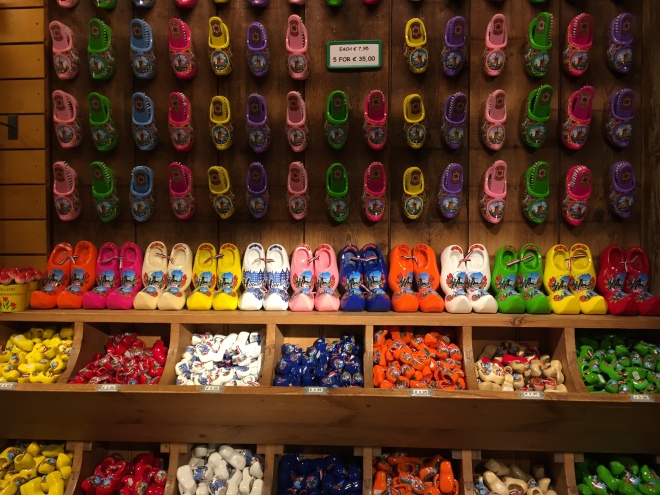 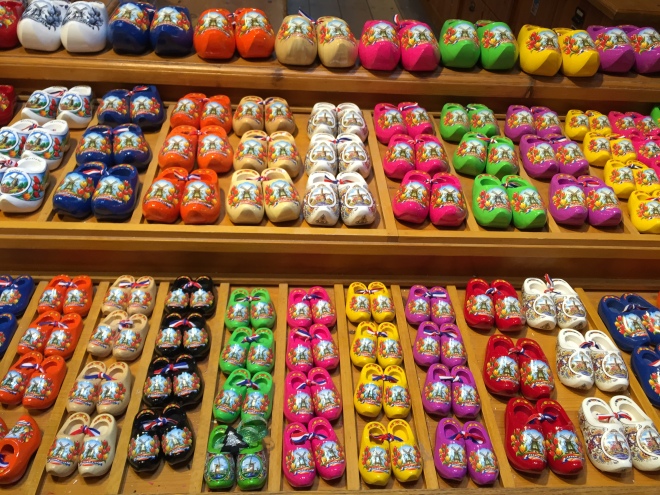 I tried the Klompen, but its not comfortable for me. Maybe im just not used to clogs shoes. So, i just took a photo with them. haha.

All photos taken by Iphone 6 unedited. =)