In memorial of one of the greatest leader in Taiwan,  one vast memorial hall has been built in the heart of Taipei. Chiang Kai Shek played a significant role which makes Taiwan as it is now, even though he is not the founding father.

Chiang Kai Shek is the successor of Sun Yat Sen from the Kuo Min Tang Party. He was the president of Republic of China in 1928. History said that he was one of the best to replace Sun Yat Sen. But few years later, Japan entered China in 1931 and took over the capital city, Nanjing/Nanking. Chiang could not do much that time. After Japan knocked out by US, civil war occurred in China, and it drove Chiang Kai Shek away to Taiwan because he could not battle the communism, and let Mao Ze Dong lead ROC right after that in 1946.

Chiang then lived in Taiwan since then, and died in 1975 because of kidney failure. 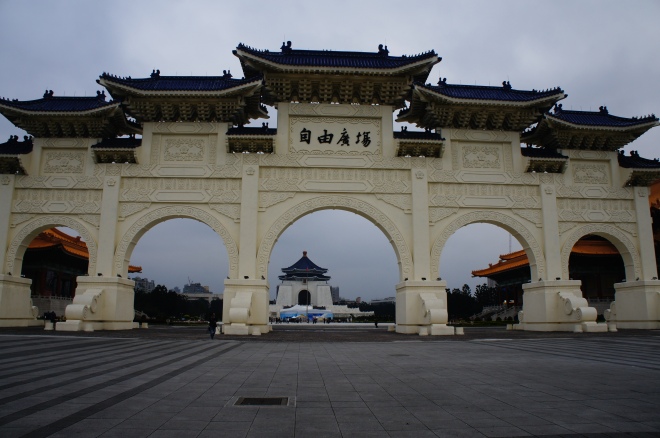 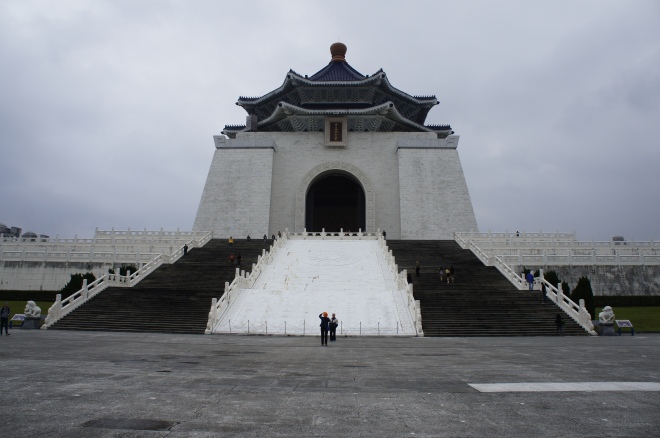 The middle octagon building represents the 8 sides of chinese culture that associate with fortune and health, whereby they had two sets of 89 steps which represents Chiang’s age when he died.

When you entered the main hall, you can see the bronze statue of Chiang Kai Shek, and they embossed three characteristics on the wall that represent Ethics, Democracy and Science. You can also see the changing of the guards every hour from 9-5pm, and of course you can take a look at their museum too that exhibits a lot of things from Chiang’s history until painting and other exhibitions from 9-6.30pm. Enjoy the rest of the pictures. ❤ 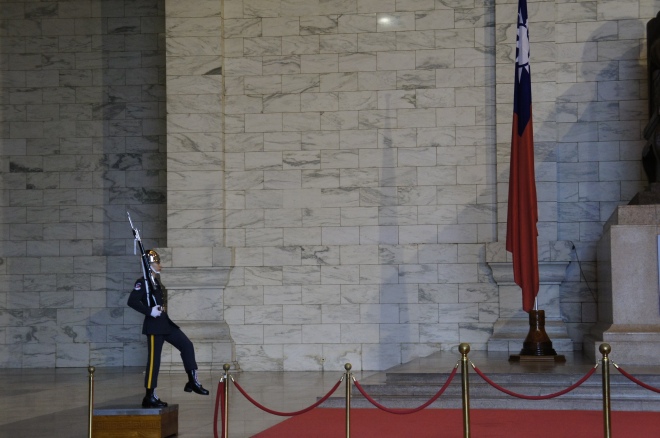 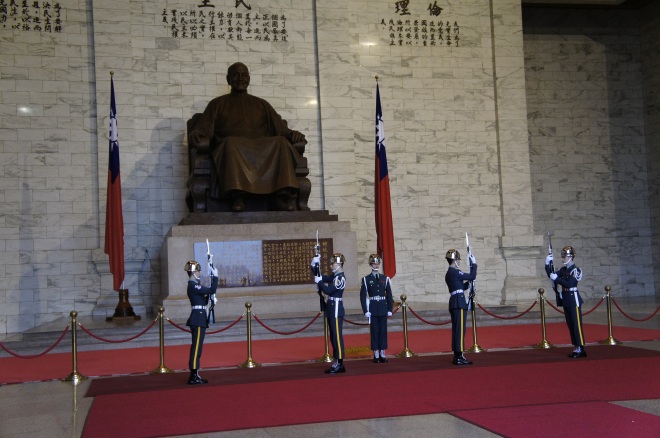 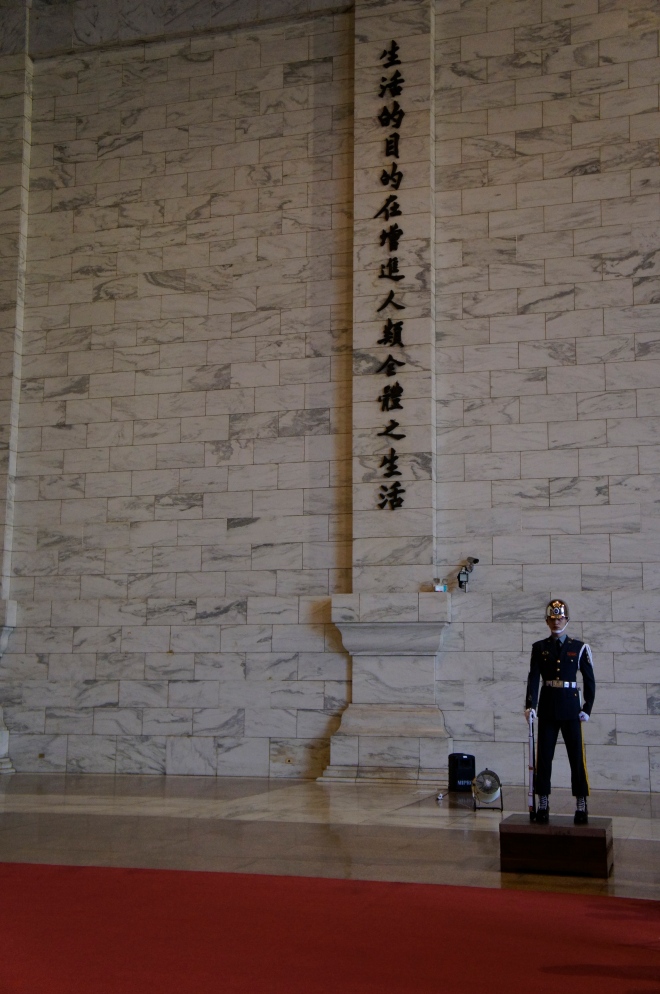 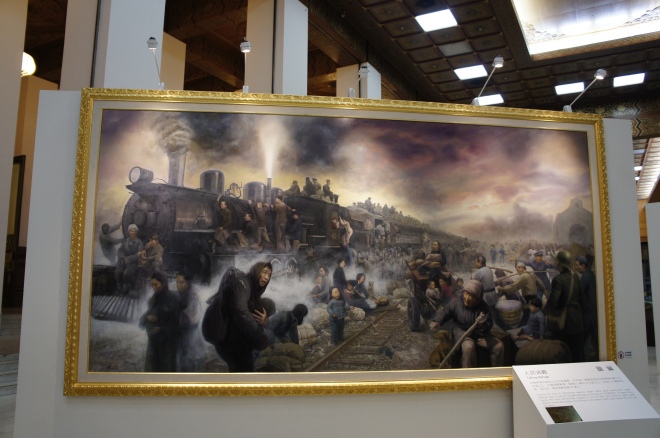 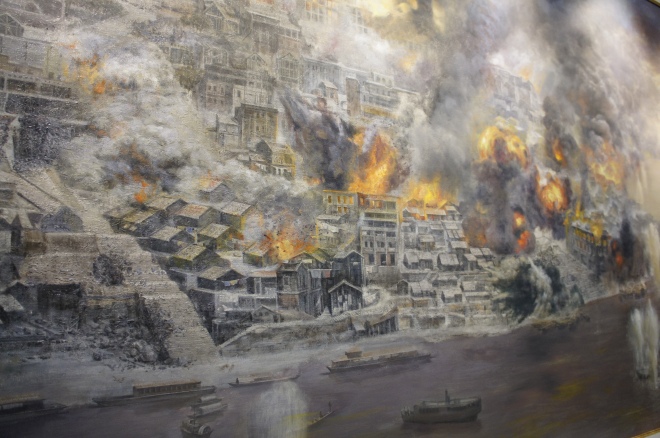 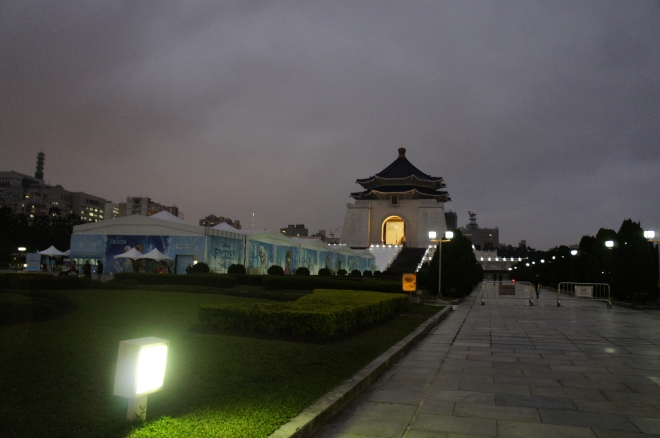 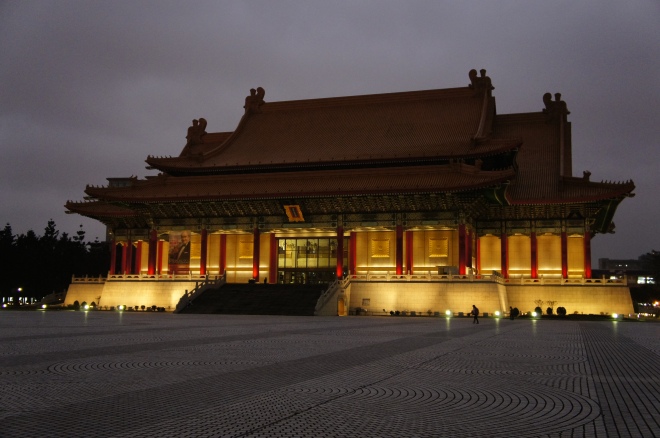 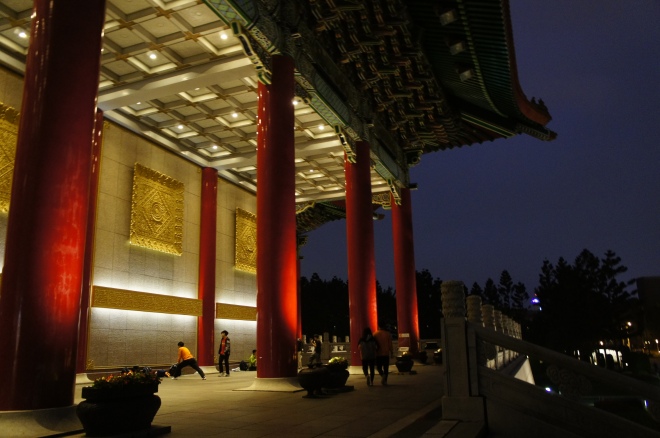